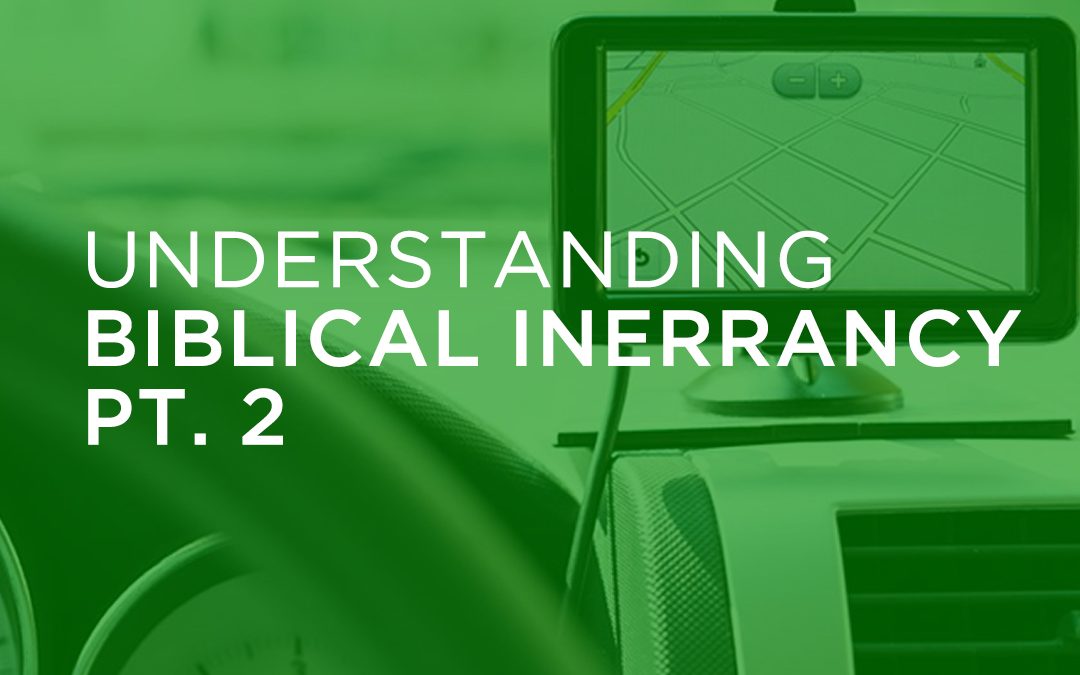 What do we not mean by inerrancy?

Last time, we looked at what we as Christians mean when we speak of the doctrine of biblical inerrancy, and we talked about why we actually believe it. However, we must be careful not overstate this doctrine by making it say more than it actually does, since this can negatively impact our ability to defend the doctrine itself. To clarify what we actually believe about inerrancy, in this post, I want to mention three things that inerrancy does not mean:

The inerrancy of Scripture is part of the foundation of the Christian worldview, since, as we mentioned before, it is only if the Bible is completely true and reliable that we can trust it to lead us to a right relationship with God. And as we grow in articulating the inerrancy of Scripture more precisely, we will strengthen both our confidence in God’s word and our ability to defend it before our friends, family, and coworkers.